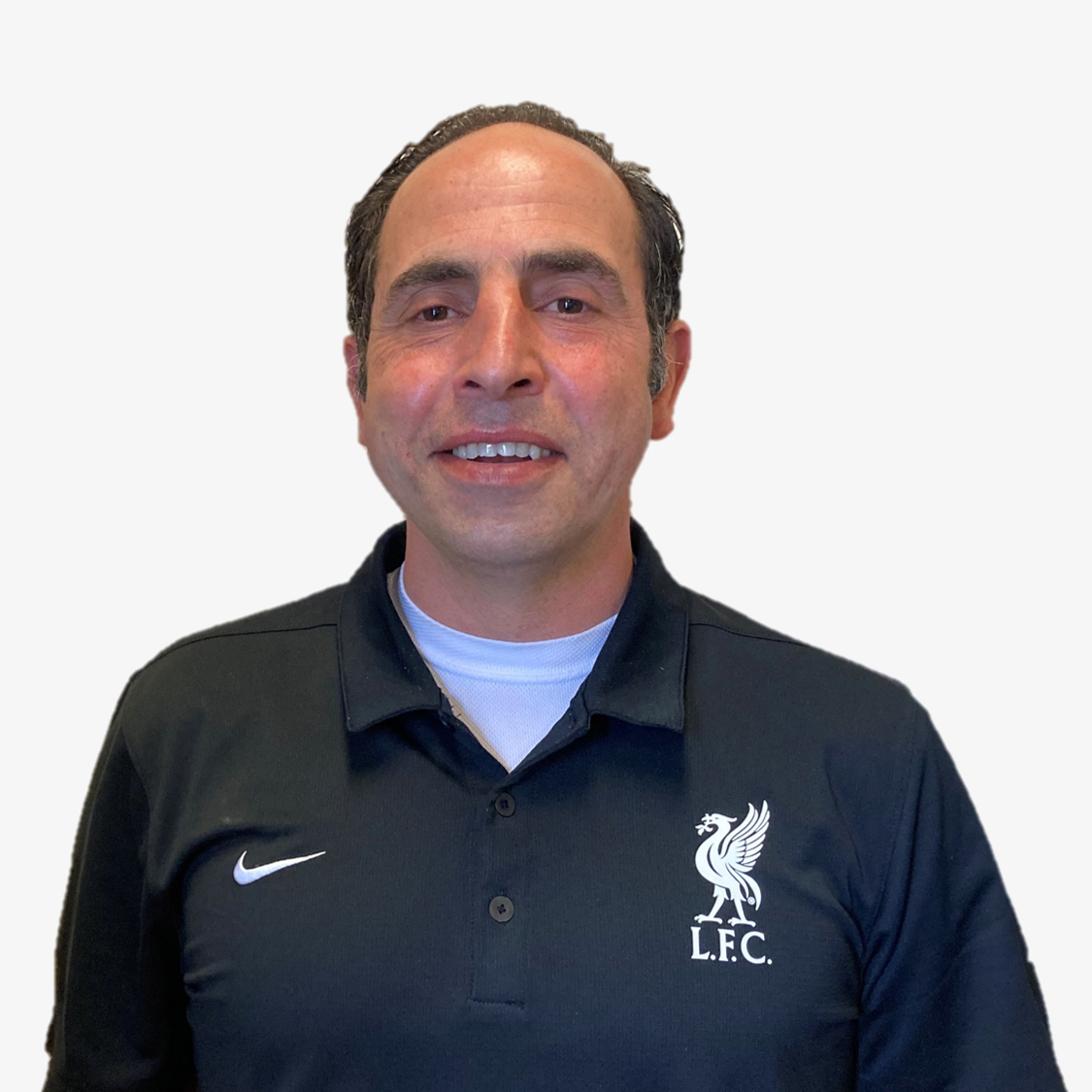 Born and raised in the mountains of Lebanon in the small village of Kobbieh, Minem was introduced to soccer at a very young and quickly fell in love with the sport. He played for the local youth soccer team in Kobbieh and also in college. His skill and speed led him to play professionally for two Lebanon clubs, Salam Aley and Beirut 90, where he was honored as best defender.

When Minem moved to Ann Arbor, he joined Ann Arbor United Soccer Club where he played for four years. He was offered a coaching position in the club’s youth program where his affinity and passion for youth developmental coaching unfolded.

Minem has more than 15 years of experience coaching teams at club, high school, and college levels, as well as ODP 101 and private individual training. His coaching method strengthens players, pushes them to reach their potential, and builds confidence in their abilities.

"Being part of Liverpool FC is a great achievement for me. LFC is a large club with a deeply rooted history and an array of championships. Many soccer legends had their start at LFC and have represented the club as one of the leading clubs in the world.  Because of its solid foundation, coaching for Liverpool FC will allow me to refine my abilities as a youth developmental coach. As a developmental coach, I will ensure that my players receive a strong basis for soccer that will enrich their understanding, skill, and passion for the sport that will resonate for a lifetime. With their highly regarded youth system, Liverpool FC delivers an effective curriculum while enforcing the team unit and good sportsmanship, thus upholding the philosophy of the club’s anthem, 'You’ll Never Walk Alone.'"