December 9-13, the following teams and coaches will be competing in the 2022 Super Y League (SYL) National Finals in Tampa, FL:

"I am thrilled for all our players and coaches who started this journey back in the summer and qualified for SYL Finals," said Danny Price, SYL Director of Coaching for the club.  "We have some very talented teams heading to Florida, and we are all excited to see how they do over these next few days.  The club has won three SYL National Championship titles in the last three years and a total of six titles since the club started participating in the summer program.  I hope that inspires all of our players to continue that success."

Also, players born in 2013-2005 are invited to start their own journey to a National Championship next summer.  Tryouts to form SYL teams at our Central and Ann Arbor sites will be held in January.

Click on link below for Tryout Schedule and Registration:
www.lfcinternationalacademymi.com/super-y-tryouts 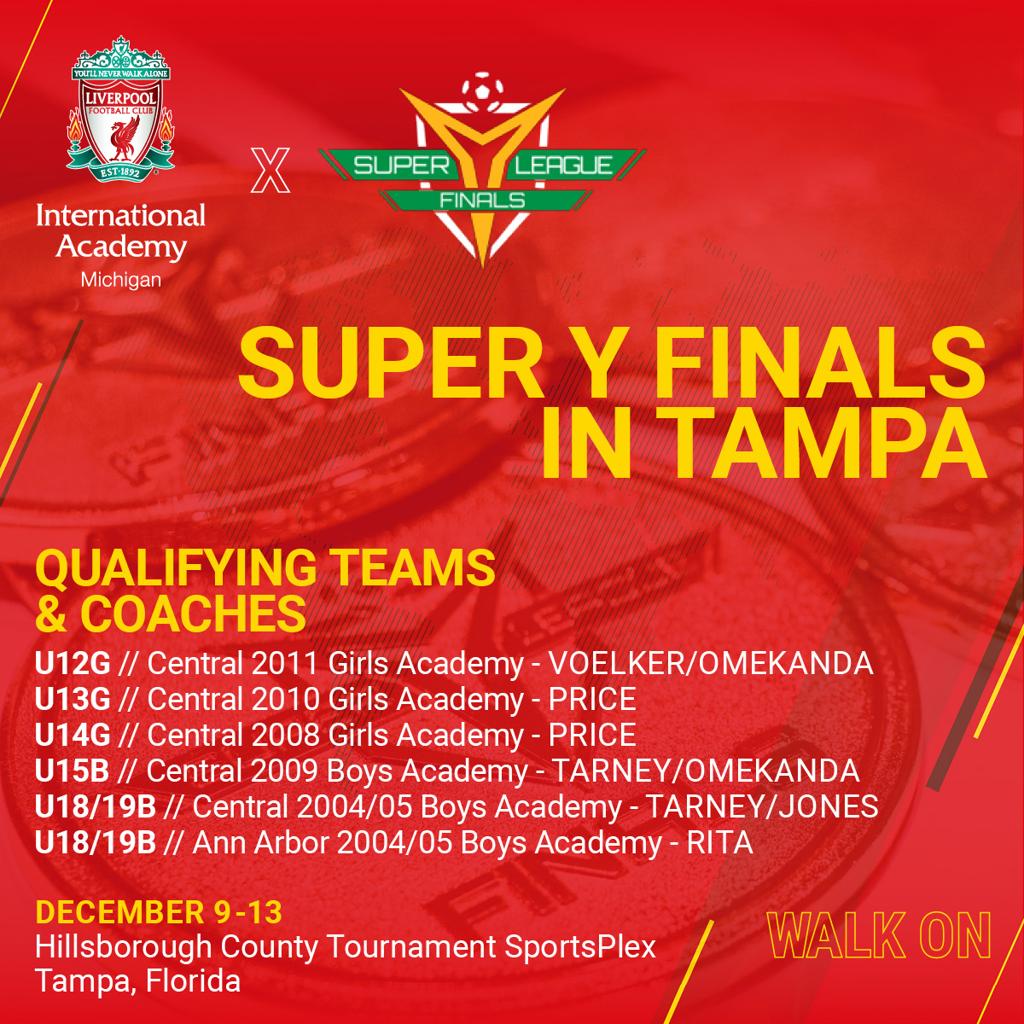